Is Rapper/Producer/Actor Revelation 13:18 a Part of the Illuminati? 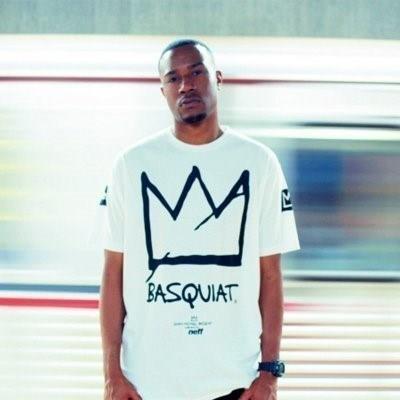 (MENAFN – GetNews) Actor turned music producer and artist, Revelation 13:18, is steady on the path of showing not just the music industry, but the world knowledge of self. Growing up in Louisville, KY (in the West End home of Cassius Clay aka Muhammad Ali), Revelation moved to Los Angeles’s South Central Overhill and Slauson area where he started out as an actor, working on music video sets. The famed artists and music makers from Kentucky, like KY Engineering from Lexington, KY who engineered for Lil Wayne, Static Major, R. Prophet (Nappy Roots) and Muhammad Ali’s 1963 spoken-word album ‘I Am the Greatest which was regarded by some as an early example of rap and a precursor to hip hop inspired Revelation to create music. Revelation originally aspired to be an engineer, but he started out as a sample based producer, using resources like the site hiphopisread.com and the Kevin Nottingham Music blog to study the art of beat making. Revelation refers to himself as a new age, conscious rapper. Making music is at the core of his mission to spread conscious enlightenment to the inner city communities through the knowledge of self. Revelation’s music is influenced by artists like Jay-Z, Nas, J Dilla, 2pac, Notorious B.I.G., Eazy-E, Nipsey Hussle, Master P and the 5 Percenter Culture. 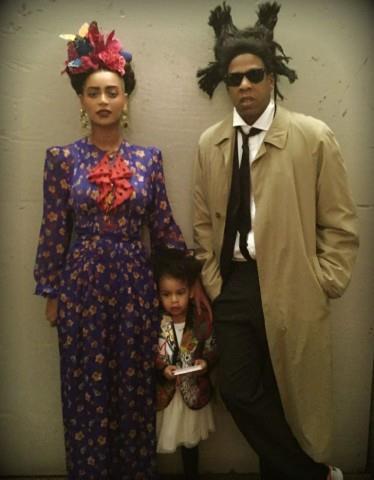 Revelation, being a graphic designer, had long been influenced by Basquiat’s work, and the way he addressed topics ranging from racism to politics. Basquiat used social commentary in his paintings to create a conversation that will last for ages. This purpose is carried on by Revelation, who tries to convey the same messages in his music. After launching ‘Old School feat. Jean-Michel Basquiat and his Revelation 13:18 x Basquiat brand, Revelation was lauded by the hip hop community and the artistic community as a whole. Revelation gained the attention of musical icon Jay-Z for his love of Basquiat and his inspiration. That same year, Jay-Z even dressed up as Basquiat for Halloween as a nod to Revelation. In 2017 Jay-Z would release his 13th studio album 4:44 given an esoteric connection to Revelation 13:18 and 666 with cult followers declaring on the internet the album title was decoded as 666 and the Mark of the Beast. Jay-Z even featured a Basquiat interview in his 4:44 music video. In 2018 Revelation’s ‘Old School and the Revelation 13:18 × Basquiat musical tribute would go on to inspire a musical based on the life of Basquiat. The musical was the focal point of a new Broadway bound show composed by Jon Batiste, band leader and musical director of CBS’ The Late Show with Stephen Colbert. The project was announced by producers Alan D. Marks and Barbara Marks, with Tony winner John Doyle set to direct. 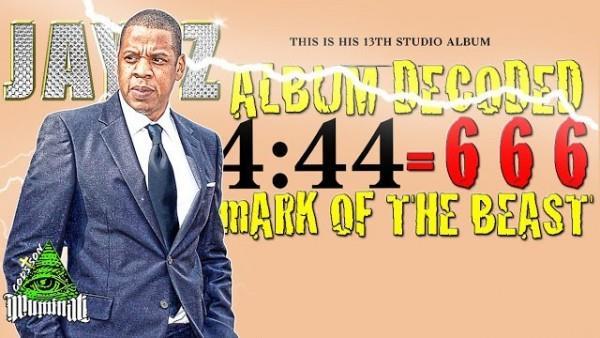 Revelation is an adherent of the 5 Percenter ideology, and his name comes from the teachings of the 5 Percent Nation. The name Revelation 13:18 is significant in the numerology system of numerals alongside concepts and qualitative representations which can be compared to the Jewish mystical traditions of Kabbalah or even more closely Gematria, or the Arabic Abjad numerals which is key to the 5 Percent Nation understanding humankind’s relationship to the universe, known as Supreme Mathematics. Revelation himself states Supreme Mathematics was an important tool in his transformation. The word ‘revelation means the revealing or disclosing of truth or knowledge through communication or inspiration by a deity or other supernatural entities. Through the teachings of the 5 Percenters, Revelation received the self-realization to recognize himself as devine. Revelation 13:18’s stage name has also stirred up controversy because of its Biblical associations and pop culture connection to the Illuminati conspiracy theories. In the Scripture, Revelation 13:18 refers to the Number of the Beast 666 or Mark of the Beast and Anitichrist. In the bible, the passage Revelation 13:18 states ‘This calls for wisdom. Let the person who has insight calculate the number of the beast, for it is the number of a man. That number is 666. The number 666 is significant in Supreme Mathematics because the numerical equation of 666 is calculated 6+6+6, or 18, broken down to 1+8=9. With the equations sum being the number 9 which principal’s meaning is Born/Birth in Supreme Mathematics, which is the completion of all things in existence. All things must come from the knowledge to be born to the cipher. To be born to knowledge of self is to be born to the reality of one’s self. Knowledge, is represented by the Black man, while wisdom is represented by the Black woman. Through Knowledge and Wisdom is born Understanding, represented by the Black child which is complete within the cipher. 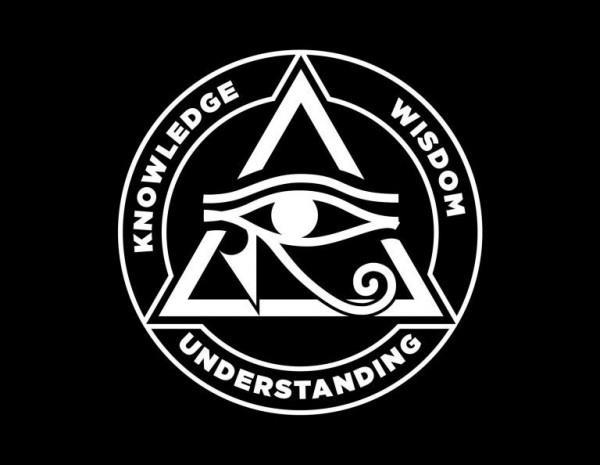 Revelation also sourced his controversial 5 Percenter righteous name or stage name from the 120 Degrees (also called 120 Lessons of the 5 Percenter student enrollment studies). Within the 120 Degrees, a savage refers to someone who has lost all knowledge of self and is living a beast way of life. In common usage the term refers to an often illicit lifestyle characterized by indiscretion which is Revelation’s symbolism for the Revelation 13:18 scriptures reference to the Number of the Beast. Once living this illicit lifestyle losing all knowledge of himself due to his blind, deaf, and dumb state of mind but born-again and enlightened with the revelation of Supreme Mathematics, he was inspired to spread his resurrection of regained knowledge of himself to lost souls who were marked by adverse decisions living a beast way of life. Leading by example giving his listeners revelations of new self-worth through his music platform with his goal of being a representation of change. The Number of the Beast being a symbol of the Antichrist is Revelation’s interpretation for the blind, deaf and dumb state of mind giving opposition to living a righteous civilized life as a true and living God while being a savage. Revelation’s relation to the numerical connection to 666 within the pop culture Illuminati conspiracy theory, lies within his dissentient through the doctrine of the 5 Percent Nation being that 85 Percent of the world is blind, deaf, and dumb and slaves to a mental death under the control of the 10 Percent. Within the 5 Percenter teachings the 10 Percent are the elite class of people who are corrupt leaders that govern the four major institutions Educational, Economical, Political, and Religious considered the Illuminati. Who are the wealthy that enslave the masses getting rich off the poor’s labor as the poor allows themselves to be exploited in the pursuit of an elusive concept of happiness and heaven. The 5 Percent are the Poor, Righteous, Teachers who do not adhere to the teachings of the 10 Percent and liberate and enlighten the 85 Percent to an illuminating light of self-realization to the hidden true and living identity of God while being the guiding light of conscious awareness of the community promoting a civilized lifestyle working to bring freedom, justice and equality to the masses. Revelation’s numerical calculation of the Number of The Beast through Supreme Mathematics gave him supreme understanding of his (9. Born/Birth) purpose in life.

Revelation expresses that he saw the need for a real Community. Revolution.In.Progress growing up immersed in the gang culture and lost in the maze of recidivism among his peers in Los Angeles’s jail and penal system who were making blind, deaf, and dumb choices like he once was. Revelation and his role within the 5 Percent Nation as a Poor, Righteous, Teacher seeing that more progress is needed in the inner city communities gave him insight to his mission which made him establish Knowledge + Wisdom = Understanding, Inc. K+W=U is a record label, film company, clothing line, and literary publishing lifestyle brand targeting at-risk youth with messages based on the 5 Percenter ideology of Supreme Mathematics.

The 5 Percenter movement has been affiliated with hip hop from the very beginning and helped to foster the most conscious themes found in the Golden Age of hip-hop recordings, whose music was more than a message. Revelation believes that the current state of hip-hop is diluted, and the message has been lost. He believes that the youth is in need of a new awakening to the revelations of the 5 Percent Nation. He comes from the same principles and tenants as Jay-Z, Nas, Rakim, RZA, Jay Electronica and other hip hop legends indoctrinated in the 5 Percenter ideology. Revelation 13:18’s music is a tribute to the culture.

Subscription to our newsletter open soon.